Yesod, the Hebrew word for foundation, aptly describes this vital initiative for the Greater New Haven Jewish community. The goal of the Yesod Community Leadership Development Program is to support our community by aiding the development of excellent volunteer leadership.

We are so excited to be able to provide this amazing nationally created leadership program to help build the lay leadership of all of our local area partners!

Developing potential leaders is the most important factor in ensuring the long term success of our community. Graduates of the YESOD Community Leadership Development Program will help shape our future. 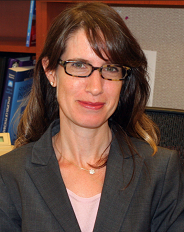 Sharon Motzkin Hasbani has lived in New Haven for the past 10 years. Sharon currently works as an emergency and consult psychiatrist at St. Vincent's Hospital in Bridgeport.  Sharon and her husband Josh have four children, ages six to eighteen.

Sharon began life as a secular Israeli in Haifa, then grew up as a conservative Jew in Kalamazoo, Michigan. After stints living in Chicago, Ashkelon, Boston, and Philadelphia, she now affiliates as Modern Orthodox at the Westville Synagogue in New Haven.

Sharon began her local lay leadership work in various committees at her synagogue, eventually becoming the first female chairman of the board at her orthodox synagogue. She recently completed the two years Wexner Heritage Fellowship, which she found to be a deeply meaningful and inspiring experience. She currently sits on three boards: JCC, Federation, and Hebrew High School of New England. At the Federation, she also sits on the Executive Committee as Young Leadership Chair, which has led to her current work helping to put together the Yesod Program. 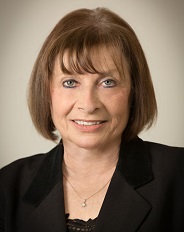 Sydney A. Perry was the Chief Executive Officer of the Jewish Federation of Greater New Haven and the Jewish Community Center of New Haven Nationally, she has been called upon to give workshops in various settings including the General Assembly and has served as scholar-in- residence for several communities, including the 2010 conference for PJ Library and the Intermediate Executive Director’s Conference in New Orleans, LA. An honors graduate of Smith College, Ms. Perry pursued graduate work at Hartford Theological Seminary in Islamics. She continues to teach in the community and is presently the educator for Jewish Family Services. She has been nominated for national awards for educational initiatives and serves on committees of the Jewish Educational Society of North America and Bureau Directors Fellowship.

Ms. Perry has served on the Board of her synagogue and was the President of the Mikvah Society.  She has been honored with and accepted invitations to join the Board of Directors of the Forward Association, The Urban League, Booker T. Washington School as well as the Hartford Seminary and Cycle for Unity.    Currently, she serves as the interim Executive Director of JFACT, the Jewish Federation Association of Connecticut. Sydney is the mother of 6 children, grandmother of twenty, with four living in Beersheba and five in Raanana, Israel, three of whom are currently serving in the IDF. Sydney lives in New Haven. She has been described as indefatigable and meshuga l’davar. She feels fortunate that her personal, professional, spiritual and intellectual lives are in harmony. 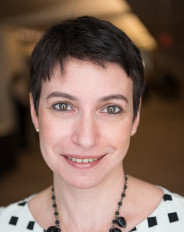 Olga Markus was born and raised in the former Soviet Union and played an active role in resurgence of Jewish life and practice there in the early 1990s. Olga holds a Master’s Degree in Russian Language and Literature and an MA in Religious Education from University of London. She moved to New Haven area with her family in 2009. Olga has over 20 years of experience as a Jewish educator and non-profit professional, with diverse international involvement in Jewish education, project and grant management, and vision-driven program design. In her professional career Olga worked as Senior Educator at West London Synagogue in London, UK; Regional Director of Education for the World Union of Reform Judaism in Russia; Educator in Residence at the Washington Hebrew Congregation in Washington DC, and Assistant Executive Director at the Council of Jewish Émigré Community Organizations in New York City. She is passionate about Jewish learning, values, practice, Israel, and community life. Olga is a member and the rebbitzen of Temple Emanuel of Greater New Haven. She is married to Rabbi Michael Farbman, and they have two sons.