As we transition from the past year to the next, it is time to reflect on our accomplishments and all the ways in which we delivered on our mission through significantly challenging times.

Together, the Jewish Federation and the Jewish Foundation distributed over $5 million to local Jewish causes this year. We supported synagogues, Jewish Camp & Education, and Adult services. We cared for the most vulnerable in our society, and fought for the values we hold dear. We built our Greater New Haven community, and remembered our people around the world.  In addition, we were able to provide $300,000 in emergency grants to our community affected by the pandemic.  We wish to extend a special thanks to our dedicated lay leaders and generous supporters.

Together we have been powering our community through challenging times. Looking into the future with hope and optimism, a quote from Rabbi Tarfon in Pirkei Avot comes to mind: “It's not your responsibility to finish the work of perfecting the world but neither are you free to desist from doing it.”

The Annual Meeting of the Jewish Federation, Foundation and JCC of Greater New Haven took place on Zoom on Wednesday, September 2, with over 100 attendees. The meeting opened with a welcome from the outgoing Jewish Federation of Greater New Haven President, Dr. Jeffrey Hoos, followed by greetings from Mark Wilf, Jewish Federations of North America’s President. He congratulated the community on its hard work and achievement. Jewish Federations of North America convened an Emergency Pandemic Response Coalition, which is comprised of umbrella organizations servicing camps, schools, Hillels, synagogues and social service agencies nationwide. The response included the sharing of best practices, assistance to thousands of Jewish organizations and businesses applying for Payment Protection Plans loans, and raising millions of dollars to support the purchase of Personal Protective Equipment for safe operation and reopening of institutions.

“2020 is like a Tale of Two Cities; it was the best of times, it was the worst of times,” shared CEO Judith Alperin about the state of the organization. “The past year has seen the strongest growth in years with record high JCC membership and revenue as the organization rebuilt after the fire of December 2016. Our campus was electric with the energy of more than 18,000 people coursing through monthly.”

Alperin praised the success of the organization as it delivered “on mission” and engaged the community at every stage of life, all while staying “hundreds of thousands of dollars ahead of budget.”

When the pandemic hit, the organization shifted resources to continue serving the community under the changing circumstances. This included mobilizing a large number of staff and volunteers to reach out to the 10,000 people in our Jewish community database. The organization distributed over $290,000 to support critical requests through the joint Jewish Federation and Jewish Foundation of Greater New Haven COVID-19 Response / Maimonides Fund. They also delivered more than 1.5 millions masks to those who needed them throughout Connecticut.

JCC President Jeffrey Sklarz provided a historical perspective of the JCC and the pandemic, reciting the establishment of the JCC in 1912 on Orange Street, six years before the Spanish Flue pandemic killed 8,500 people in Connecticut.

“Our community has survived far worse plagues before and will survive this plague today,” he said. The JCC has registered remarkable growth since the fire of 2016 but COVID-19 has put everything that we have built after the fire at risk, Sklarz said. He restated his personal commitment to the success of the organization, along with his certainty of the staff, lay leadership and community’s commitment to the JCC.

“We have a plan and we’re executing it. It may not be a straight line back off the mountain, but it never is,” said Sklarz.

Outgoing Jewish Federation President Dr. Jeffrey Hoos said our communities are changed forever, reflecting on the insights and lessons gained in 2020 that will forever be part of our community’s considerations. Thinking of the work that still needs to be done to sustain the Jewish community of Greater New Haven, he reflected on Rabbi Tarfon’s quote in Pirkei Avot: “It's not your responsibility to finish the work of perfecting the world, but neither are you free to desist from doing it.” Dr. Hoos expressed hope that future generations of leaders will continue building on past work.

“I know one thing for sure. We're all working together to make the Jewish community of Greater New Haven a better place, and we're always moving forward despite the stumbling blocks that have been put before us. We cannot do it alone. We can always do it together,” said Dr. Hoos as he thanked community leaders and staff as well as his wife, Betsy Hoos, for her unwavering support.

After the vote and installation of Dr. Steven Fleischman as the new president of the Jewish Federation of Greater New Haven, Dr. Fleischman quoted Rabbi Jonathan Sacks: “To be a Jew is to be an agent of hope in a world serially threatened by despair.” Dr. Fleischman stated that the recent struggles and challenges faced by our community made it clear to him that the Jewish Federation of Greater New Haven is truly a beacon of hope to our community. 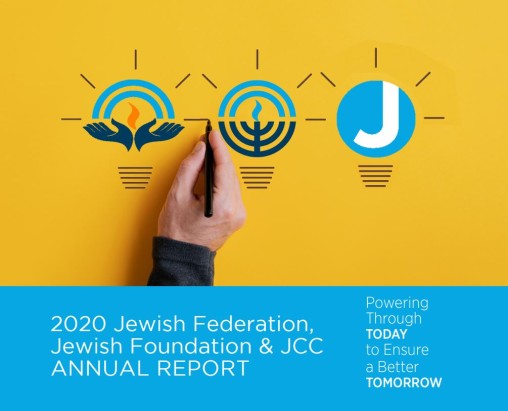 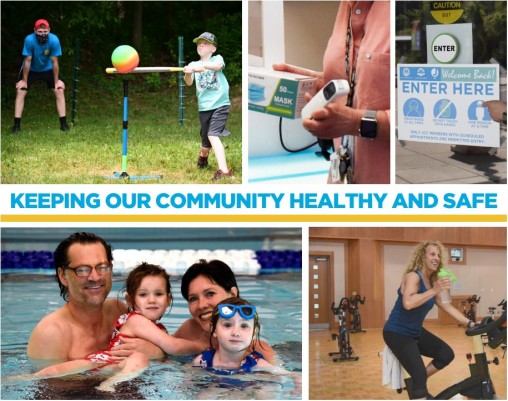 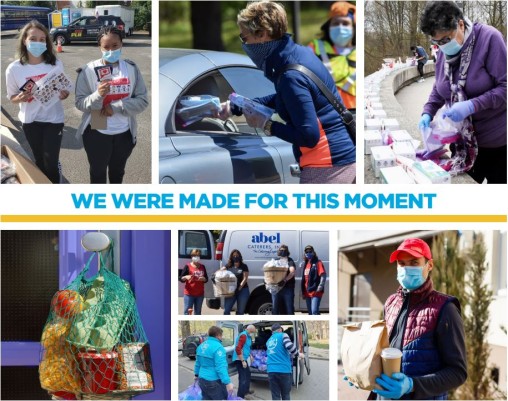 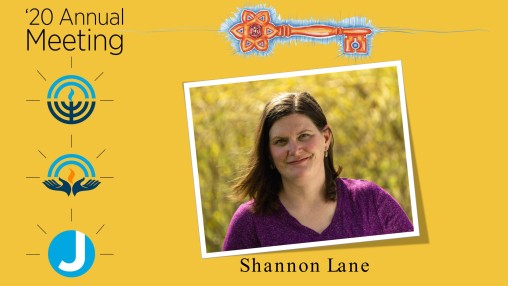 Shannon Lane is currently serving her third year on the JCC Board of Directors. She has served as a chair of the Beverly Levy Steering Committee for the past three years and as part of the camp commit- tee for the last two.

Lane has also served for two years on the Safety and Security Committee. Since the COVID-19-related closing, she has played a vital role with com- munications with Beverly Levy parents. Lane serves on the Reentry Steering Committee and sits on three of its subcommittees, making vital contribu- tions to the Camp, Beverly Levy, and the Procedures and Safety Committee.

She has also volunteered to co-chair a group for youth program planning. Lane is a willing volunteer during events. She and her family are active consumers of many programs, including camp, early childhood programming, family events, fitness and the JCC co-working space. 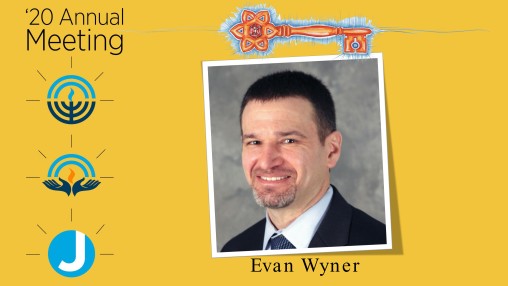 Evan Wyner was one of the founding lay leaders who relaunched Jewish Teen Education in partnership with the Federation’s Jewish Education initiative four years ago. For the past two years, he has chaired the Facilities and Security Committee of the JCC. Wyner is currently serving on the Reentry Steering Committee and is chairing the subcommittee on Procedures and Safety.

He has also volunteered as security for many JCC programs, including Touch A Truck and the Murray Lender 5K Bagel Run. More than just showing up during the day of the event, he is involved in the detailed planning of event security and logistics.

Wyner has been a key advisor on building issues and part of the JCC reopening after the fire, helping to liaison with the construction manager. Wyner is an avid user of the JCC swimming pool. 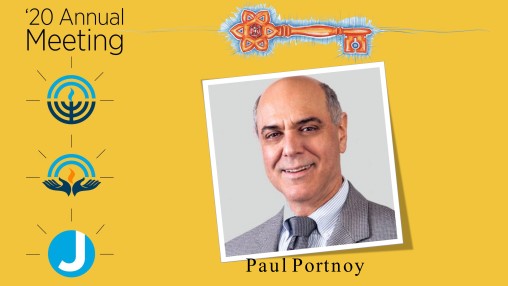 A key lay leader during the reopening of the JCC after the fire, he is currently serving on the Steering Committee for the JCC Reentry and chairs the Finance section of the overall committee. Portnoy is an avid fitness user and spinner as well as a volunteer.

Led by the belief that educators share the future of our people, The Jewish Federation of Greater New Haven is proud to present the Award for Excellence in Jewish Education to recognize the outstanding educators among us. Our educators play a vital role in expanding Jewish identity, nurturing spirits and providing a Jewish lens through which to make the most of every day. 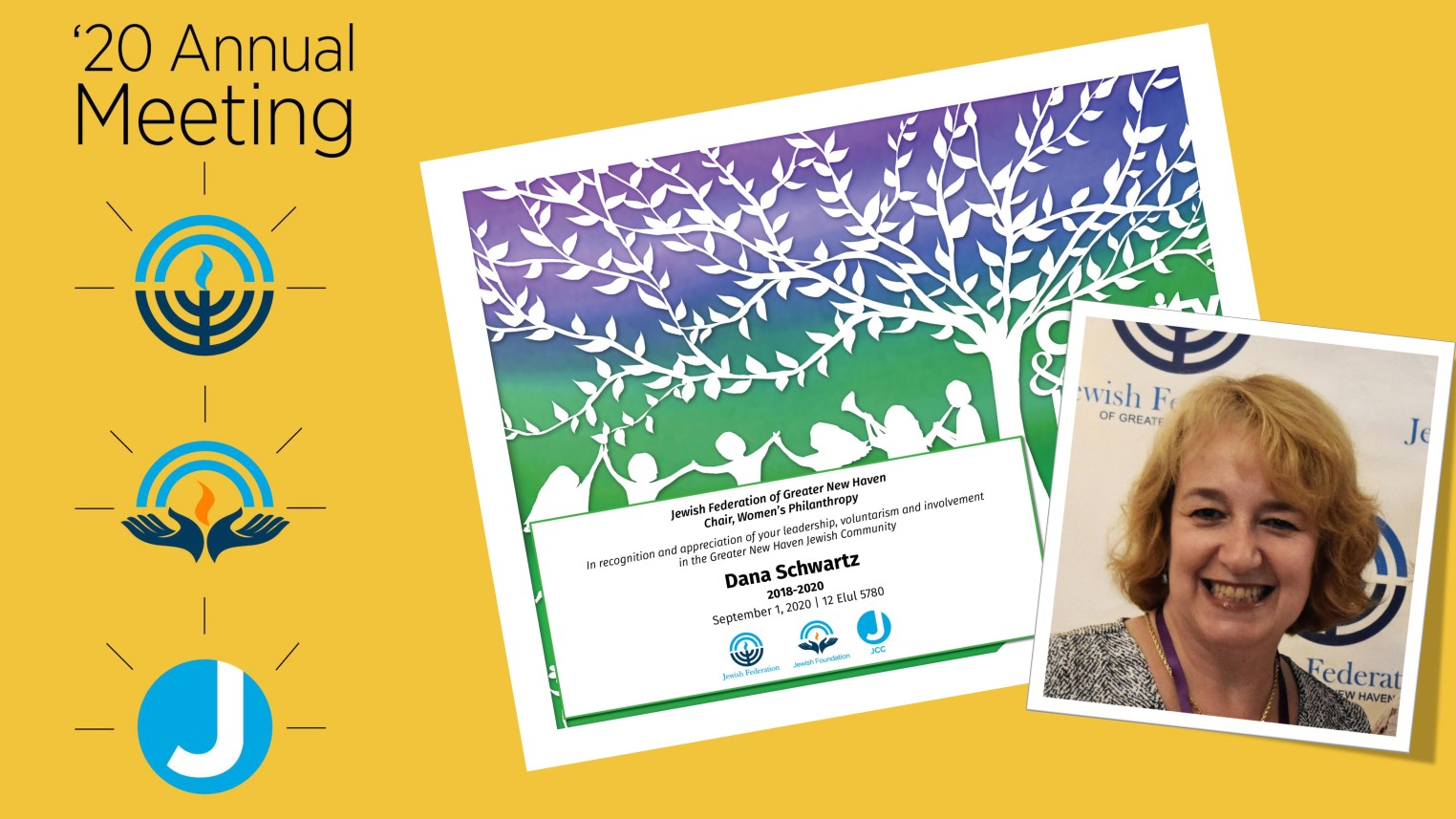