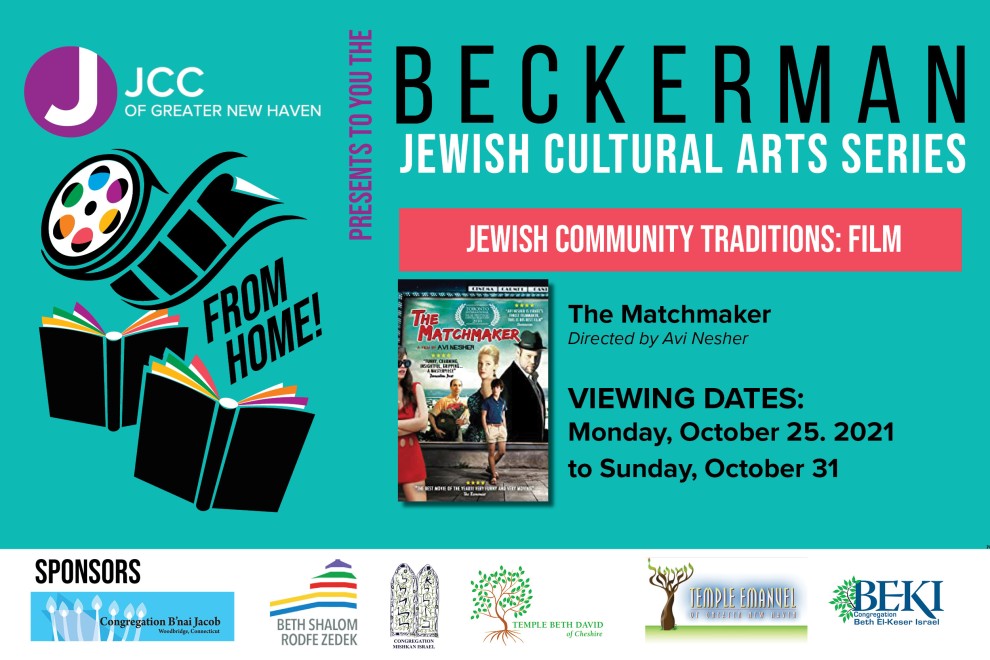 Register in advance. The Matchmaker

Arik, a teenage boy growing up in Haifa in 1968, gets a job working for Yankele Bride, a matchmaker. Yankele, a mysterious Holocaust survivor, has an office in back of a movie theater that shows only love stories, run by a family of seven Romanian dwarves in the seedy area by the port. Yankele introduces Arik to a new world, built on the ruins of an old one. When his ex-wife Nora dies right before Passover, José (Fernando Luján) is forced to stay with her body until she can be properly put to rest. He soon realizes he is part of Nora's plan to bring her family back together for one last Passover feast, leading José to reexamine their relationship and rediscover their undying love for each other. Avi Nesher's latest film mixes comedy with drama as it tells a coming-of-age story unlike any you've ever seen before. Watch the trailer.