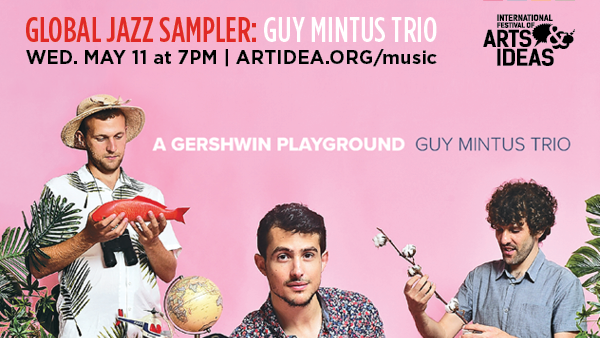 Pianist Guy Mintus blasts musical boundaries by combining elements from Stride piano to Turkish Makams, Indian rhythms to Bach-styled counterpoint, Jewish melodies and American jazz. Based in Tel Aviv and New York, Mintus draws inspiration from his Iraqi, Moroccan, and Polish-Jewish heritage. This Wednesday evening, the Guy Mintus Trio will be performing original music and songs from their recent album 'A Gershwin Playground' at University of New Haven's Bucknall Theater as part of this year's International Festival of Arts & Ideas. This program is sponsored by the Jewish Federation of Greater New Haven, the Jewish Foundation of Greater New Haven, the Consulate General of Israel to New England and the University of New Haven.