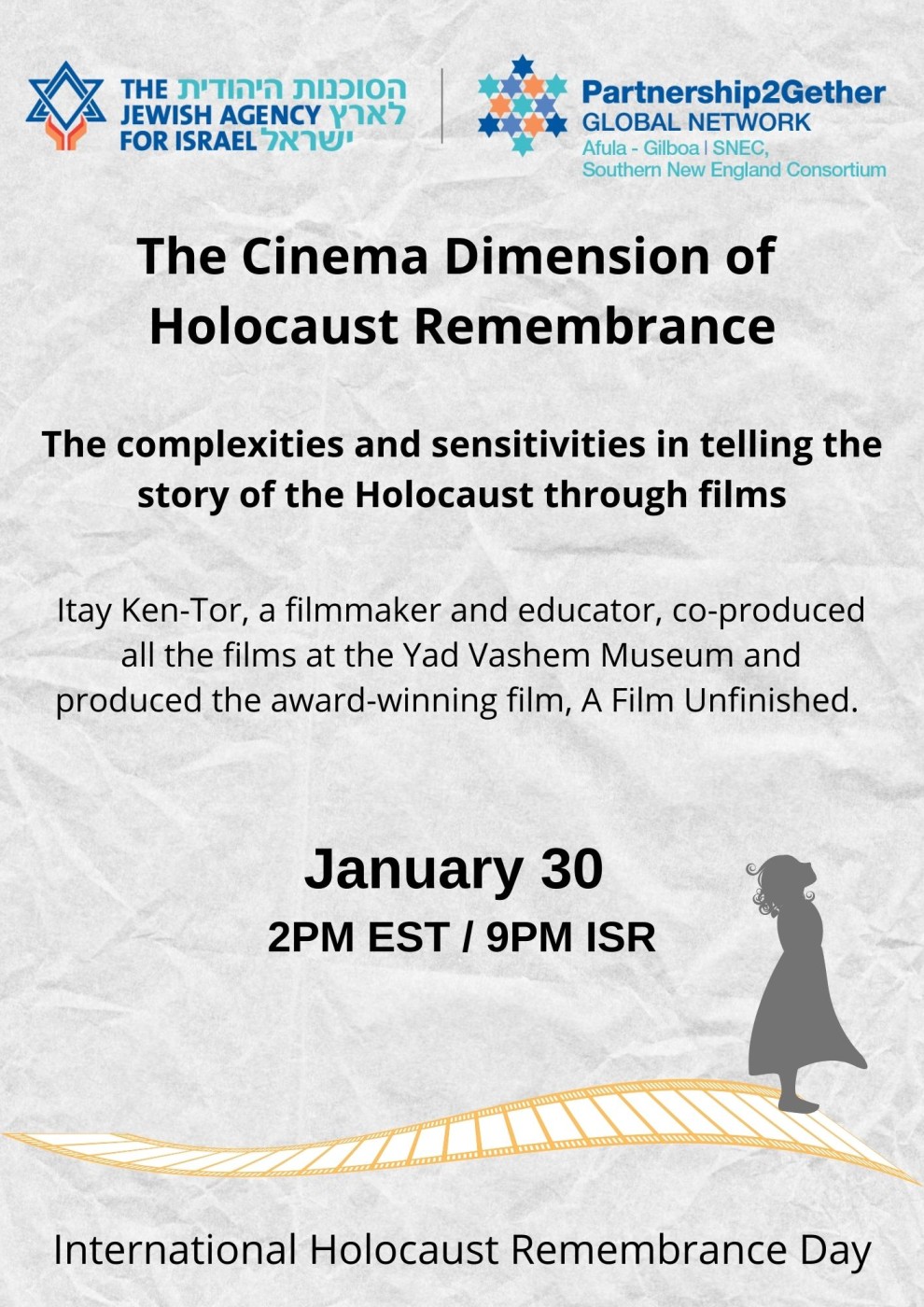 On Sunday, January 30, at 2 PM EST, Afula-Gilboa & SNEC Partnership invite you to a fascinating session with an Israeli filmmaker who specializes in Holocaust films. Itay Ken-Tor will bring us documentaries that have never been seen before and will tell the story of the Holocaust as it is reflected in the cinema.

Itay Ken-Tor is a filmaker and educator who co-produced all of the films at Yad Vashem Museum and produced the award-winning film A Film Unfinished.

For security reasons participation is by registration only.