A brighter future starts with small conversations every day at home.

Right now, even if it feels uncomfortable, it’s important for families to talk about race and racism together.

The following resources offer starting points for parents, educators, adults and caregivers to have conversations about race, racism, inclusion and justice.

Click here to read our Jewish community’s collective response to the killing of George Floyd.

Talking about Race with Young Children

Talking to Young Children about Bias and Prejudice

Raising Kids to be Thoughtful about Diversity

What is Jewish About Respecting Differences?

Books about Identity, Bias and Bullying

Talking to Students about George Floyd and Racism

Coming to the Table: Discussions about Race

Social Identities And Systems Of Oppression

Scaffolded Anti-Racist Resources for wherever you are in the journey, a working document created by Anna Stamborski, Nikki Zimmermann, and Bailie Gregory

Jewish Council for Public Affairs - Engaging the Jewish Community in Criminal Justice. Make sure to check out our toolkit with a criminal justice 101, which includes a section on policing.

Tema Smith - Compendium of articles on racism and Black-Jewish relations

Video: We Need to Talk About an Injustice, TED Talk with Bryan Stephenson

Videos: A Primer on Mass Incarceration

Article: What We in the Black Community Need from Jews Right Now

Article: Why I, a Minneapolis Rabbi, Changed My Mind About ‘Black Lives Matter

Article on the Issue of Bail

The New Jim Crow: Mass Incarceration in the Age of Color Blindness, by Michelle Alexander

So You Want to Talk About Race, by Ijeoma Oluo

Slavery By Another Name: The Re-Enslavement of Black Americans from the Civil War to World War II, by Douglas A. Blackmon

White Fragility: Why It's So Hard for White People to Talk About Racism, by Robin DiAngelo

Me and White Supremacy by Layla F. Saad

Who Do You Serve, Who Do You Protect? Police Violence and Resistance in the United States - Edited by Joe Macaré, Maya Schenwar, and Alana Yu-lan Price

From the War on Poverty to the War on Crime: The Making of Mass Incarceration in America by Elizabeth Hinton

Why Are All the Black Kids Sitting Together In the Cafeteria? And Other Conversations About Race by Beverly Daniel Tatum

Pushout: The Criminalization of Black Girls in School by Monique W. Morris

Race for Profit by Keeanga-Yamatha Taylor

The Color of Law by Richard Rothstein

Resources By Jews of Color

Collected Works of Ilana Kaufman: Identity and Race in the Jewish Community

Article: I Helped Coin the Term ‘Jews of Color.’ It’s Time for a History Lesson.

Article: "Believe us": Black Jews respond to the George Floyd protests, in their own words

Article: ‘As a Jew of Color, I Need More People in My Community to Speak Up’

Further Resources and Readings on Jewish diversity and Social Justice

Guidelines for Being Strong White Allies

Contact your state or federal legislators (phone calls, emails, or letters are most effective) 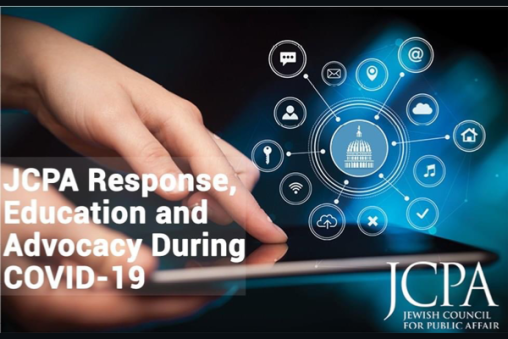 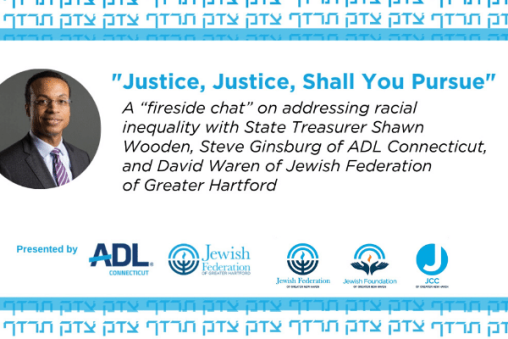 "Justice, Justice, Shall You Pursue": A Fireside Chat with Shawn Wooden (June 10, 2020)
Watch the Recording