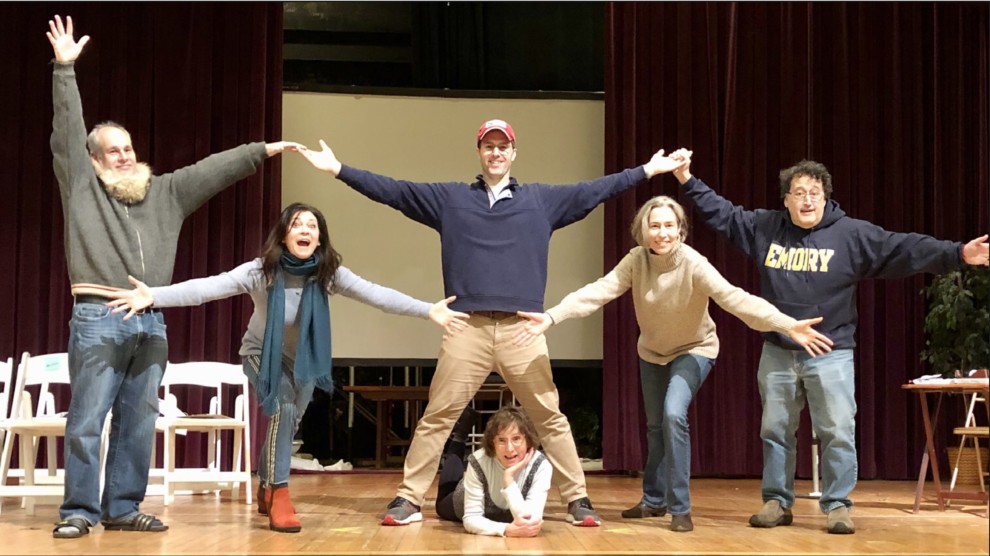 In January 2019, B’nai Jacob Players were deep into rehearsals for their upcoming production of the hit Broadway show "The 25th Annual Putnam Country Spelling Bee." Then Covid hit.

Now, almost three years after the show was canceled indefinitely (just two weeks shy of its April 2019 opening), the Players are back at it—ready to raise the curtain on this hilarious musical comedy on Saturday evening, Feb. 5.

Thankfully, most of BJP’s original multi-generational cast members have eagerly signed on for this rebooted version of "Bee," which tells the hilarious story of a spelling bee held at a middle school. Cindy Papish Gerber and Susan Jacobs will serve as co-directors, with Congregation Beth Jacob staff member Audra Ciarleglio Tagliamonte serving as musical director.

A notoriously tight-knit cast and crew, BJ Players first came together as a performance troupe in the 1970s, disbanded some time later, and regrouped in 1992, under the direction of Ken Sperling z”l, with a large scale production of "Fiddler on the Roof." Since then, the troupe has mounted 14 musicals and comedies, including an original show, "Chai Shul Musical," that earned BJP a Solomon Schechter award.

“After waiting almost two years”, says producer Ros Sperling,”We are resuming the mission of BJ Players--which is, ‘The Show Must Go On’." Along with her fellow co-producers, Amy Mindell and Miriam Sivkin, Sperling recognizes that, “The need to gather safely as a group was enormous! We are so happy to fill the void felt by many in our community.”