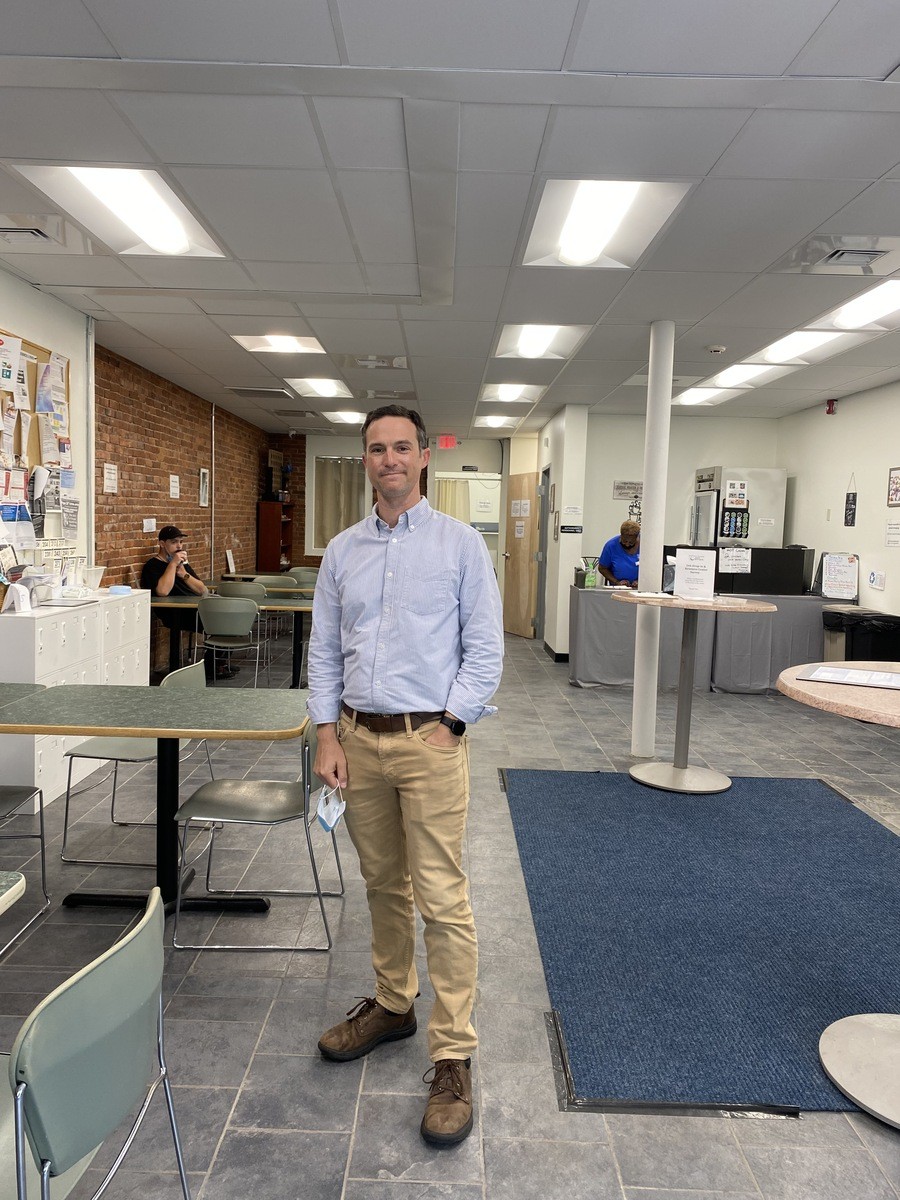 Downtown Evening Soup Kitchen (DESK) has sat nestled in the basement of the Center Church Parish House on Temple St. since the early-2000s, serving as a primary source of hot meals for those experiencing homelessness and adapting to the shifting needs necessitated by the COVID-19 pandemic and a growing rate of food insecurity.
But the location isn’t ideal -- the only entrance to the dining room is a small, tight staircase tucked away from the street. It’s an easy place to miss. And only having one floor DESK severely limits the services it’s able to provide.
Steve Werlin, who has served as DESK’s executive director for five years, recently oversaw the organization’s purchase of 266 State St. in New Haven. The three-story building will allow for a broader array of offered services, including showers, computers and medical offices.
Raised in a Jewish home outside of Boston, Werlin grew up attending a Conservative Jewish synagogue, going to Hebrew school every week and spending summers at a Jewish day camp. He eventually pursued a graduate degree in religion, with a focus on ancient religion and early Judaism. “My Jewish upbringing was definitely not inconsequential,” he said.Werlin and his family moved to New Haven in 2011, where he began volunteering at various local organizations such as DESK, FISH (Food In Service to the Homebound) and the Columbus House, where he soon started working part-time.
The community aspect of Judaism is exactly what drew him and his family to their synagogue, Beth El-Keser Israel (BEKI) and to enrolling his kids in the JCC day camp.  “It’s 100% okay to just show up for what you can, even if that’s just kiddish at the end,” he explained. “And that’s important to me.”
Werlin currently chairs BEKI’s Tikun Olam committee. The committee’s goal, he explained, is to provide a resource and outlet for the BEKI community to access the community outside the walls of the synagogue. “We wanted it to be a resource for members at BEKI who say ‘Hey, I want to volunteer, but I don’t know where to start.’ Which is kind of how I started,” he said. “When I first moved to New Haven, I was in touch with members at the synagogue before I even moved here, and that’s how I ended up volunteering at DESK.”
Werlin believes this is a role every synagogue should be playing within its own community and in relation to its broader community. “The Jewish community, I would say, is overrepresented among our supporters in a positive way,” Werlin said. “There’s a strong tradition of tikun olam within Judaism. Members of the community are really interested in what we’re doing here—meeting basic needs while also taking the next step by connecting people to resources so they can move beyond homelessness.”
Werlin believes that while the values that guide his work aren’t specifically Jewish, rather, human values, there is an intrinsic connection between the two. “There’s a big overlap between the two,” he said. “Empathy is what guides this type of work. That’s not necessarily a Jewish value, but it’s a value that many Jews relate to and want to see as part of their lives.”
At the end of the day, it all comes back to community for Werlin. “It’s what drew me to my synagogue and to finding a way to bridge the Jewish part of my life and my interest in social action and community work. I think a lot of this starts at the community level. We need to focus on Jewish values like community, like empathy, so that people are drawn to the type of work we’re doing here and feel like they’re making that connection.”
While the drop-in center is now open daily from 1:30 to 4:30, major renovations are planned to realize its full
potential. DESK will continue to serve evening meals Sunday-Thursday at 5 p.m. at 311 Temple St. To make a
donation or to learn about volunteer opportunities, please visit deskct.org.